Gary Borders: It's hard to act on possessions after a loved one dies

My mother would have turned 85 Monday. My dad would be 83 this summer. Both are gone now, dying three years apart in a nursing home I pass by several times a week. Unlike their siblings, they did not live independently into their 80s or 90s. It just wasn’t meant to be. Instead both declined over years until death became a blessing.

It was an honor to be their primary caretaker in those final years. That journey began eight years ago this month. My father had long been disabled by a botched medical procedure, at the same age I am now. For 17 years my mother cared for him, but it had become clear to me that couldn’t continue. The house was no longer clean, and she fired each housekeeper I hired. The doctor’s office called to say my mom had lost her car in the parking lot, hunting in vain for a white Maxima. She owned a champagne Altima. I drove to Longview from Lufkin on a Sunday to try once more and talk them into going into assisted living in Lufkin, at a fine facility near my house.

My dad was alone when I arrived. He calmly informed me that an ambulance had taken Mom to the emergency room. He didn’t know why. She nearly died that day from insulin shock. She received the last rites. She was taken off all artificial support as she had requested. My mom bounced back, but her collapse took the fight out of her. The journey from assisted living, then to nursing care, finally to hospice began. The house and most of the contents were sold.

Two years ago, my brothers and I finally went through the possessions we kept in a storage unit. We divided up photo albums and other memories, parceled out other albums and such to the grandchildren. But there was so much — my father’s paintings and hundreds of prints of his pen-and-ink and pencil drawings, dozens of photo albums, boxes of knick-knacks — that even after everyone took a share, several boxes remain in a storage unit. As the oldest son and my parent’s executor, somehow I must figure out what to do with what is left.

We used to joke that my mother would photograph anything that moved, and I have the photo albums to prove it.

I have since learned that it is common for the adult children, left behind when parents die, to delay — often for years and even decades — the hard task of cleaning out the closets, going through the photographs, sifting through the personal items that once marked the lives of those who raised us. We have performed that hard task but when returning our Christmas decorations to the unit the other day, those remaining boxes stared at me. How do you throw away memories, even if nobody else seems to want them?

One of these days, I’ll have to get rid of those boxes of unwanted photo albums. I don’t want my children to have to deal with it. That is one reason I plan to soon seriously lighten my own load of possessions, memorabilia, boxes of my own photographs. Honest, I plan to do that soon.

My mom loved the New England Patriots, who have had another successful season. She started getting a bit forgetful about the time our team began its string of playoff appearances. She bought me two identical Patriot sweatshirts about a month apart, after their first Super Bowl win. During the fall and winter, those sweatshirts alternate as my nighttime slouchwear, along with a pair of well-worn sweatpants. And I always think of Mom when I put one of those soft sweatshirts on. 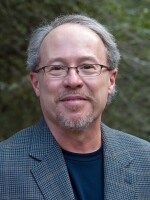 Gary Borders
Gary Borders has been an East Texas journalist and editor for more than 30 years. He is currently the editor and publisher of the Mount Pleasant Daily Tribune and also writes online each week at garyborders.com.
See stories by Gary Borders