This week on Le Show, Harry Shearer tackles the tough topic of the “New Iraq,” sharing the statistics of the most recent deaths this year.

In Bad Banks news, the British watchdog group Financial Conduct Authority has found that some small businesses have been defrauded by leading banks.

In international news, it is presidential campaign season in Afghanistan, where a former U.S. Ambassador and Afghan warlord go head-to-head for the role of president.

In the lighter part of this week’s show, the satirical comic skit Clintonsomething pokes fun at news of Chelsea Clinton’s new position at the Clinton Foundation.

Wrapping up Le Show is the news of the warm segment. Shearer shares information of the ocean’s health. Oxford’s marine scientist shares some shocking news about the current situation going on in the deep blue. 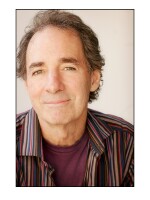