Preservationists and music lovers in Mandeville are working to create a new seasonal tradition — enjoying jazz music in an open-air, historic jazz hall. Cars lined a back street in a Mandeville neighborhood on a recent Friday, as soft Christmas lights and the sound of jazz lit up the warm autumn air.

New Orleans jazz vocalist GermaineBazzle’s voice spilled out of the open windows of an unassuming old bargeboard building, called the Dew Drop Jazz Hall, located in a residential area just three blocks from Lake Pontchartrain. What some in attendance may not know is that the Dew Drop is a special building, one of only a few historic jazz halls in original condition, still operating — where many a New Orleans jazz icon have played.

President of Friends of the Dew Drop, Lynn Mitchell, says it was built in 1895 and is on the national register of historic places, “The Dew Drop is truly blessed — it’s quite a building, and as I tell people, God really likes that building,” he says. “He’s looked after it for almost 120 years and it’s been through lots of hurricanes and lots of storms and, as far as I know, no real threats from the human race.”

Mandeville mayor Donald Villere is a regular. “You very rarely see people come in and pay admission to sit outside of the entertainment and be able to look through the windows and take a look at just a glimpse of what’s happening in there,” he says. “But the sound that comes out of here is just so magnificent, and when you have a beautiful evening like tonight, what other place would be better to go to?”

Not to be confused with the Dew Drop Inn, which was a music venue on LaSalle Street in New Orleans in the 1940s, 50s and 60s, the Dew Drop in Mandeville was founded by a group of black Mandeville residents as the Dew Drop Social and Benevolent Association following the end of the Civil War. The hall was originally used to care for the sick and provide shelter for the homeless. It became a well-known hub for musicians in the 1920s and 30s, but was abandoned in the 40s. Legend has it that up into the early 1940s Louis Armstrong performed on the Northshore at the Dew Drop.

Volunteer Anne Rooks says the Friends of the Dew Drop helped resurrect the venue about 10 years ago and they hope it once again brings the neighborhood together.

“The Baptist church next door fixes food every weekend and they are phenomenal cooks, I think it’s some of the best food in Mandeville; and we help them out and they help us out and they are just as excited about having this in our town as we are,” Rooks says.

Women from the First Free Mission Baptist Church serve up homemade dinners in a small building between the Dew Drop and the church. The menu includes fish dinners, chicken dinners, red beans and rice, coleslaw, and homemade deserts from brownies to pineapple upside-down cake, and red velvet cake.

She says serving visitors of the Dew Drop has allowed the church to make some much-needed renovations to the kitchen and bathrooms.

Gail Hood, of Covington, enjoys her chicken dinner on a wooden bench outside. She says she’s a regular and loves feeling the history of the place.

“The sound is really good here, with the wood walls — I think the sound keeps a mellowness to it that I like a lot,” she says. “I like the look of it, I like the whole thing, the chairs could be a lot more comfortable, but that’s alright!”

Germaine Bazzle is known for her distinctive vocals. A respected jazz teacher born in 1932 in New Orleans, she’s performed in some of the most historic music halls in the nation, including Carnegie Hall. Still, she says, singing at the Dew Drop is a special experience.

“It’s the ancestors, you know. To be able to be on the stage where such great musicians of the past — the early 1900s and doing this — so it’s an honor for me to be in the place. This is my first time here, and so far the reception has been pretty good, and we’re grateful for that.”

The next show is Friday, November 7, featuring the Shotgun Jazz Band and Debbie Davis and the Mesmerizers.

The next concert is Dec. 12 with David Torkanowsky.

Support for Northshore Focus is provided by The Northshore Community Foundation. 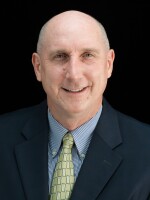 Tegan Wendland
Tegan has reported on the coast for WWNO since 2015. In this role she has covered a wide range of issues and subjects related to coastal land loss, coastal restoration, and the culture and economy of Louisiana’s coastal zone, with a focus on solutions and the human dimensions of climate change. Her reporting has been aired nationally on Planet Money, Reveal, All Things Considered, Morning Edition, Marketplace, BBC, CBC and other outlets. She’s a recipient of the Pulitzer Connected Coastlines grant, CUNY Resilience Fellowship, Metcalf Fellowship, and countless national and regional awards.
See stories by Tegan Wendland