The 2015-16 Metropolitan Opera Radio Broadcast season – the company’s 85th on the air – begins with a live broadcast of the beloved Puccini opera, La Bohème. New Orleans-area listeners can enjoy this live performance on the Classical WWNO stream, Saturday December 5, at 12:00 noon Central Time.

Tune in to Classical WWNO at home on your computer or smartphone at WWNO.org, stream through our mobile apps, or tune in with your HD radio at 89.9 HD2.

This performance of La Boheme, conducted by Paolo Carignani, stars Barbara Frittoli and Ramón Vargas as the lovers Mimì and Rodolfo, with soprano Ana María Martínez as the spitfire Musetta. Hungarian baritone Levente Molnár makes his network broadcast debut as the painter Marcello, with Alexey Lavrov as Schaunard, Christian Van Horn as Colline, and John Del Carloas Benoit and Alcindoro.

Information about this broadcast and the entire Saturday Matinee radio season can be found on the Met's website. Remember: Performance times on the Met Opera site are Eastern Time! Classical WWNO broadcasts are one hour earlier than the East Coast time.

While at the website, take a moment to explore all that the Met offers there, including extensive background information and detailed info about the Met's HD video performance series --available at several Southeast Louisiana movie theaters. (Interested in trying these out? Complimentary tickets are sometimes available; inquire a week in advance at rbiava@uno.edu)

Italian soprano Barbara Frittoli has previously sung the role of Mimì at the Met in 1995 and 2014, and on the company’s tour of Japan in 2011. Following her Met debut as Micaëla in Bizet’s Carmen in 1995, she has sung over 100 performances with the company, most recently in roles such as Elisabeth in Verdi’s Don Carlo, Vitellia in Mozart’s La Clemenza di Tito,and Donna Elvira in Mozart’s Don Giovanni. She will be heard later this season in a new Met role, Nedda in Leoncavallo’s Pagliacci, which will be broadcast on February 6.

Ana María Martínez, who is appearing at the Met for the first time since her 2005 company debut as Micaëla in Carmen, makes her role debut as Musetta. The Puerto Rican-born American soprano has sung the role of Mimì in numerous leading houses around the world. Her future engagements this season include a gala concert with Plácido Domingo at the Lyric Opera of Chicago, the title role of Dvořák’s Rusalka at the Houston Grand Opera, and Cio-Cio-San in Puccini’s Madama Butterfly at the Los Angeles Opera. 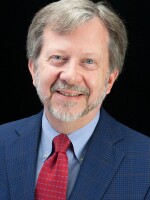 Ron Biava
As Development and Marketing Manager, Ron Biava oversees membership and other fundraising activities as well as events, communications, and promotion—with a lot of help from other staff members and volunteers! Ron came to WWNO in fall 2009 after years of fundraising at Tulane University, several colleges of the Universities of Cambridge and Oxford in England, the Audubon Society of Portland, Oregon, and the New Orleans Public Library Foundation. (The renovated Alvar Street Branch Library is one of his favorite accomplishments.)
See stories by Ron Biava