Louisiana Senator Troy Carter (D-New Orleans) has proposed a bill that would automatically register people to vote when they apply for a driver's license.

"Under current law a person has the ability to opt-in: to check the box to determine whether they want to become a registered voter at the point of getting their driver's license or renewing it," Carter says.

His bill would do the opposite. "You have to opt out if you don't want to be registered."

Senator Carter calls it an opportunity to increase voter participation. But the Secretary of State's office - which is responsible for registering voters - says that's not a problem that needs fixing.

According to 2018 numbers, 88% of eligible voters in Louisiana were registered. Joe Salter is with the Secretary of State's office. "What we need help with - and other states do as well - is to get people to participate, to actually go vote," Salter says.

The Secretary of State's Office says the biggest issue they have with Carter's bill is the time delay. Officials with the office told members of the Senate and Governmental Affairs committee this week that, under the current process, it takes about a day to get someone verified and registered to vote. Under Carter's bill, they say finalizing registration could take weeks.

"This really slows down the process of getting people on the roll," says Salter.

Carter says that's not his intention, and he believes the problem can be avoided. But that concern shouldn't hold up efforts to increase voter registration.

The bill easily cleared the committee with only two 'no' votes. Carter says he'll work to address some of the Secretary of State's concerns before the bill hits the senate floor, as early as next week. 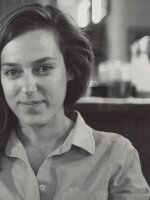