The Ethicist: Trading a Lemon

We got a letter this week from a listener with a question about car trouble. And, no, this isn't the other NPR call-in show with advice for motorists; this listener is posing the question to Randy Cohen, The New York Times Magazine ethicist, who joins us every other week. And we have Randy on the line now.

Mr. RANDY COHEN (The New York Times Magazine): Hi. How are you? And I'm accompanied by my giggling sidekick. So you won't know what show you're listening to.

And welcome to you.

LUDDEN: You've been having some car trouble. Tell us about it.

Mr. BACHHUBER: Yeah. Well, we bought a used Honda Odyssey about six months ago. And we were visiting our parents and had put the car in reverse, and it suddenly accelerated backwards, one of these kind of sudden, unintended acceleration events. Fortunately, nobody was hurt, but it crossed the sidewalk and went into a building, pretty traumatizing for us.

We had it towed in to a dealer and had them look at it; this was a Honda dealer. And they looked at it and can't find anything wrong. And we've been in contact with national Honda company, and they're basically--can't find anything wrong or won't admit that there's anything wrong with it. And the problem we're having is that, you know, we're thinking about it and we're saying, `Gosh, you know, no matter what they say, we think that something's wrong with this vehicle.'

And so the question that we've got is: What do we tell somebody--because we're not going to keep this vehicle. We're going to trade it in and get it out of our hands. But we're struggling with: What do we tell the dealership that we're going to trade it at about the vehicle's history, given that Honda says there's nothing wrong, but we really think there is something wrong with it?

LUDDEN: So you would actually go to a different dealership than the one you contacted already?

Mr. BACHHUBER: Yeah. Well, we're not going to get a Honda again.

LUDDEN: Now have you had any more trouble with the car since that time?

Mr. BACHHUBER: We haven't. It actually is in a body shop right now, and we'll be trading it in just as soon as it's repaired.

LUDDEN: Have you gone to an independent mechanic for any second opinion?

Mr. BACHHUBER: We had it looked at at the original Honda dealer that was looking at the body work, and then we actually decided to have it sent somewhere else to have the repairs done. And we asked them about it as well, and they kind of deferred to the original dealer.

Mr. COHEN: Well, I sympathize 'cause sometimes when I'm at my mother's house, she suddenly accelerates rapidly backwards, and it's extremely disconcerting.

I think you know the answer to this one. You have to tell everything. You have to tell the truth. I hate saying it. I hate to be the bearer--it makes me--I'm sick about it, but you have to fully disclose what's wrong with the car. You know, if it were a house, in most jurisdictions, you would have a legal obligation to disclose any flaws, especially the ones that you can't immediately see, like, say, your basement flooded in the spring and someone was looking at it in the summer--that most states now require you by law to do that. And that's as it should be. If there's something wrong with your car, the buyer has a right to know. And that's especially true if you think what's wrong with the car would actually put the new owner in danger.

Mr. COHEN: Let them buy it, they're so convinced that it all works great.

LUDDEN: That could be costly, though, no? Costly disclosure?

Mr. COHEN: Yeah, it's terrible. It's really unfair. It's really sad. If there is, indeed, something wrong with the car, it seems completely unjust that you should have to bear the burden of that loss, that you're a victim here, too. But you can't just pass that loss on to the next unsuspecting dupe that buys the car, the same way, Jennifer, that, you know, if a burglar steals your TV, you know, you can't come over to my house and steal my TV, although you could come over and watch me, but, you know, call first.

LUDDEN: John, have you talked to any dealerships yet?

Mr. BACHHUBER: Yeah, we have, and it's interesting. It's one of those things where most of them, when we mention it, they kind of blow it off. I think they just think that we're crazy and we must have done it somehow and just can't admit to it. But it's one of those--and it's one of those hard things 'cause I can understand why they think that it must have just been driver error, but we don't believe that to be true. And so we, you know, try to convey that, and I think they mostly say, `OK. Whatever.'

LUDDEN: Well, so maybe you won't pay a financial price if you have full disclosure.

Mr. BACHHUBER: Which is true. At the same time, it's kind of disturbing because then we worry that the vehicle's still on the road.

Mr. COHEN: Yeah. Yeah, that's true. That's absolutely true. If the consensus of experts is that this is not a hazard and you inform the dealer that this is a genuine--that you think there's a genuine risk, it then becomes his moral burden to make sure the car is in fine condition before reselling it. You've discharged your ethical obligation.

LUDDEN: So it's up to the used car salesman.

Mr. COHEN: That's terrible, I know. I know. You know the person--if you're selling it to a dealer, you know they will be reselling the car. But what you can do here is make sure they're fully informed about the history of the car. That is your obligation.

LUDDEN: Well, John, has Randy changed your mind about anything?

Mr. BACHHUBER: No, that's helpful. And I think he's right. That's where we where--we were kind of looking for that just confirmation that that is the right way to go; that we just have to tell them and let the chips fall where they may.

LUDDEN: John Bachhuber in Apple Valley, Minnesota, thanks for calling.

LUDDEN: If you have a question for Randy Cohen, write us at watc@npr.org, put the word `ethics' in the subject line and be sure to include a phone number so we can reach you. 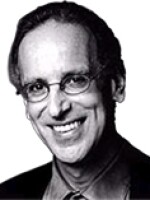 Randy Cohen
Randy Cohen was born in Charleston, S.C., and raised in Reading, Pa. He attended graduate school at the California Institute of the Arts as a music major studying composition.