State Sen. Karen Carter Peterson, who has been an elected official in the state legislature since 1999, announced her resignation from her political position on Friday due to depression and a gambling addiction, according to a statement from Peterson.

Her resignation from State Senator in District 5, which serves New Orleans and a small part of Jefferson Parish, went into effect at 11:59 a.m. Friday, and the news of her resignation broke shortly after.

Peterson said she was leaving her position as a state senator, one that she has served since 2010, largely because of a mental health illness and gambling addiction that she has struggled with for decades.

“As I’ve previously shared, I have personally struggled with depression and a gambling addiction for the entirety of my legislative career; in fact, it has been close to 30 years,” Peterson said in an emailed statement. “At this time, I must place all of my energy on my own mental health and personal well-being, and therefore have tendered my resignation effective immediately.”

Yesterday was my last day in the Senate Chamber. https://t.co/xviOZcL6c1 Today is my last day as a Louisiana Legislator. Grateful for the opportunity to serve, now focusing on self-care. #lalege 1999-2022 pic.twitter.com/1XwlQeHNkA

Before her time as a Democratic State Senator in the legislature, Peterson also served in the State House of Representatives for District 93 from 1999 to 2010.

Peterson unsuccessfully ran for U.S. Congress twice, once in 2006 and more recently in 2021. During last year’s election, she and other fellow state Sen. Troy Carter vied for the seat of former U.S. Rep. Cedric Richmond, who left Congress to serve as President Joe Biden’s senior advisor.

She also chaired the Louisiana Democratic Party from 2012 to 2020. 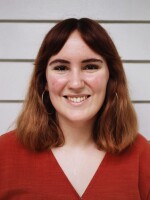