Just in time for the holidays, 89.9 WWNO New Orleans and the WWNO Classical network has a slate of programming to get listeners in the festive spirit.

Starting Dec. 21 and running to New Year's Day, programming includes some annual favorites as well as a few new delights.

Here's what you can expect to find on our stations this holiday season: 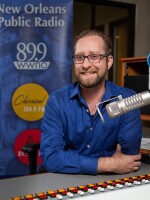