NEW ORLEANS (AP) — An overflow crowd heard attorneys for the only African-American on the Louisiana Supreme Court argue she should be its next chief justice.

James Williams told U.S. District Judge Susie Morgan that Bernette Johnson has served longer than any other justice, and that's what the state constitution requires to be chief justice.

Supporters of Justice Jeffery Victory say he has longer service because Johnson was first elected as an appeal court judge assigned to the high court. They want the Louisiana Supreme Court to settle the question.

Williams says Johnson's first title is irrelevant because a federal court agreement made her equal to the other justices.

Phelps Gay, arguing for the state, said the state feels the Louisiana Supreme Court should decide who has served longest. 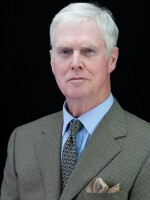