The future of New Orleans’ publicly funded childcare program is now tied to a controversial tax proposal that slashes the library’s budget by 40 percent.

Proposition 2 reduces the existing property tax dedicated to the city’s public library system, while expanding the ways revenue from the restructured tax can be used. If approved, the new tax structure would remain in place for 20 years.

With this new flexibility, Mayor LaToya Cantrell’s administration has promised to dedicate $1.5 million from what would be the library’s future tax revenue to fund early childhood education.

Emily Wolff, director of the Mayor’s Office of Youth and Families, describes the proposition as a “game-changer,” that will allow the city to “carve out dedicated funding for early childhood education.”

According to Wolff, the long-term funding will lead to greater stability and eventual growth for New Orleans’ City Seat Program, which provides free, high-quality early childcare to a limited number of low-income families each year.

The city’s early care program has been growing since it started in 2018 as a pilot program with 50 seats. If Proposition 2 fails, Wolff said the program will be forced to contract.

By making future funding for City Seats contingent on the passage of Proposition 2, Andrea Neighbours, a library board member, said the Cantrell administration has pitted early childcare and library advocates against one another.

“We're on the same team and we want the best for the kids and their families in this city and particularly those who have the least,” Neighbours said. “It's a false choice that we're being presented with. This is not the only solution.”

While the city has said on multiple occasions that Proposition 2 will not lead to a reduction in library services, Neighbours doesn’t see the future funding structure as sustainable.

She worries low-income New Orleanians could lose library services they depend on, including academic tutoring and internet and computer access. Neighbours said people who can’t afford a headhunter or an accountant often come to the library for help finding a new job or filing their taxes.

“There's something for everyone in this city [at the library]”, Neighbours said. “We cannot, as a thriving cultural center, afford to have a library that's weak and cutting services at this time.”

The city’s tax proposal as a whole has faced widespread opposition, including from the Bureau of Governmental Research. The propositions, including Proposition 2, have been criticized for lack of transparency and specificity.

Some argue the city is deliberately misleading the public. Michael Isaac Stein with The Lens has identified discrepancies in the city’s data that call into question whether the proposed budget cut can be readily absorbed.

Despite these concerns, the region’s early education groups have thrown their support behind Proposition 2 as a historic investment in the city’s “littlest learners.”

The proposition guarantees at least 100 childcare seats every year for the next 20 years, according to Wolff. The ballot language itself does not specify the exact amount of library tax revenue to be directed toward early-care. Instead, the $1.5 million would be approved by the City Council in a separate ordinance if Proposition 2 passes.

“If [the proposition] doesn't pass, we will need to diminish the number of seats that we provide through that program in 2021,” Wolff said. “There's definitely a risk here.”

City Seats currently receives $3 million from the city’s general fund budget and serves 276 children. For the 2021 budget, the city has had to address a $100 million shortfall, created by the coronavirus pandemic, and have cut City Seat funding in half.

Cantrell’s administration is relying on Proposition 2 to make up the difference. If it fails, Wolff said the program will only have enough funding to guarantee spots for 100 children.

By securing a more stable source of funding, Wolff said New Orleans would become the first municipality in the state to draw down a “significant match” through Louisiana’s Early Childhood Education Fund.

The fund matches local dollars spent on quality early care for children living at or below the poverty line.

“The more money that we can leverage through the city, the more we can draw down through the state match,” Wolff said. “It has to reach a certain threshold in terms of its revenue for it to then go towards this program.”

Wolff said the other investment for early education comes from the proposition’s millage rate, or the number of dollars of tax assessed for each $1,000 of property value. Wolff said the value of the tax will increase over time allowing the city to open up more seats.

In New Orleans, the number of children that qualify for publicly funded daycare far exceeds the number of available spots. More than 7,000 eligible children are currently unserved, according to the city.

Wolff said early care and education not only makes it possible for parents to go to work and school, it also ensures that the city’s youngest children build literacy skills early and have access to essential wraparound services.

About 30 percent of the city’s third-grade students read at grade level, according to data gathered by the Louisiana Department of Education in 2015.

Researchers say the best way to improve educational outcomes is to invest early. Cantrell’s administration said they see Proposition 2 as a way to tackle the city’s poor literacy rates by providing low-income children with access to high-quality education before they enter the K-12 system.

But Neighbours said over time Proposition 2 could have the opposite effect. She said the budget cut jeopardizes the library’s own early literacy programming, including a dedicated early childhood librarian who provides early literacy activities for families and works directly with daycare centers and museums to develop learning resources for children.

The administration argues that the library’s budget has been bloated since voters approved a new tax that nearly doubled the system’s funding five years ago. Since 2016, on average the library has underspent collected millage revenue by 11 percent, according to city data.

“We have an agency that has 15 million dollars in savings and we've just had to figure out how to cut $100 million in the city's overall budget,” Wolff said.

Cantrell and Wolff have both argued that the library can absorb the tax loss by minimizing its other expenses, partnering with city agencies, and taking advantage of additional streams of funding. They’ve stated publicly that the budget cut will not result in any layoffs or a loss in library services.

Neighbours said she understands that moving forward, the library will need to “do more with less,” but hopes voters reject Proposition 2, forcing the city to come up with a more equitable solution.

“Every department and institution in the city needs to be conscientious and aware that this is a hard time for the city of New Orleans and everyone needs to do their part,” Neighbours said. “But asking the library to take a 40 percent cut for 20 years is absolutely unreasonable and it's way out of scale of what any other city department or agency is being asked to do.”

Other members of the library staff and board members like Neighbours remain opposed. The full board has not taken a formal stance on Proposition 2 and Neighbours expects they’ll remain silent on the issue until the Dec. 5 vote.

“I’ve urged very strongly that we have a meeting to have this conversation and the chair has not chosen to call that meeting,” Neighbours said.

Cantrell’s administration argues that coupling library funding and early education under Proposition 2 is a natural fit given the library’s long-standing commitment to early literacy.

“We believe that the link between early childhood and library services is really inextricable,” Wolff said. “The libraries and early childhood sector have been working together for a long time.”

Wolff said the city sees Proposition 2 as a continuation of this partnership rather than an attack on the library, and acknowledged that the financial impacts of the pandemic have been hard on all city agencies.

Opponents of the proposition, like Neighbours, have pointed out that most of the library’s budget cut won’t go directly toward early education and will instead be used for housing and economic development.

“I think when you look at the numbers, you realize that this isn't a win for children,” Neighbours said. “The library is being cut five dollars for every one dollar that early childhood gets. So it's a disastrous cut for the libraries, for basically crumbs for early childhood.”

Wolff argues that these services also benefit children and families, especially those strongly impacted by the pandemic.

This story has been updated with comments from library board member Andrea Neighbours. 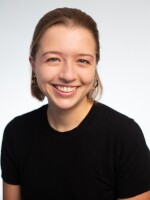