The first signs of light shined in New Orleans East, with 11,500 Entergy customers with power again three days after Hurricane Ida made landfall and caused mass power outages to the region.

“Today is a much better day,” said Deanna Rodriguez, an Entergy official. “Overnight, we overcame a huge hurdle, and progress is happening in the coming days through the weekend.”

Two of those customers to get back power were the VA Hospital and the New Orleans Fire Department. Restoration will flow from east to west, Rodriguez said.

Entergy crews aren’t yet done with assessing the damage — at this time, they know 5,000 poles and 5,200 transmissions were damaged — so Rodriguez did not provide a full power restoration timeline Wednesday.

For the many residents still without power on top of the current heat advisory issued from the National Weather Service, the city has opened several cooling stations from 8 a.m. to 6 p.m.

Hours after New Orleans officials implemented a city-wide curfew on Tuesday, an NOPD officer sustained a graze wound to the back of the head but is now in stable condition, the police chief confirmed Wednesday.

A 16-year NOPD veteran, who is in the special operations division, is currently hospitalized after he was shot while driving on Interstate 10. Superintendent Shaun Ferguson said he doesn’t believe the officer was targeted because he was in an unmarked car.

The shooting happened at about 8:30 p.m. Tuesday. That same day, Mayor LaToya Cantrell issued a curfew, from 8 p.m. to 6 a.m., due to safety issues arising from the aftermath of Hurricane Ida.

“It is still unsafe,” Ferguson said. “We’re all trying to get through this together, so the curfew is in effect until further notice.”

The shooting is still under investigation, Ferguson said.

The city has set up distribution sites offering air conditioning, charging stations, water, and food. Tarps are also available for those with roof damage. Residents must provide name and addresses to receive them.

Distribution sites are operational from 8 a.m. to 6 p.m. and are located at: 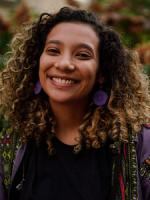